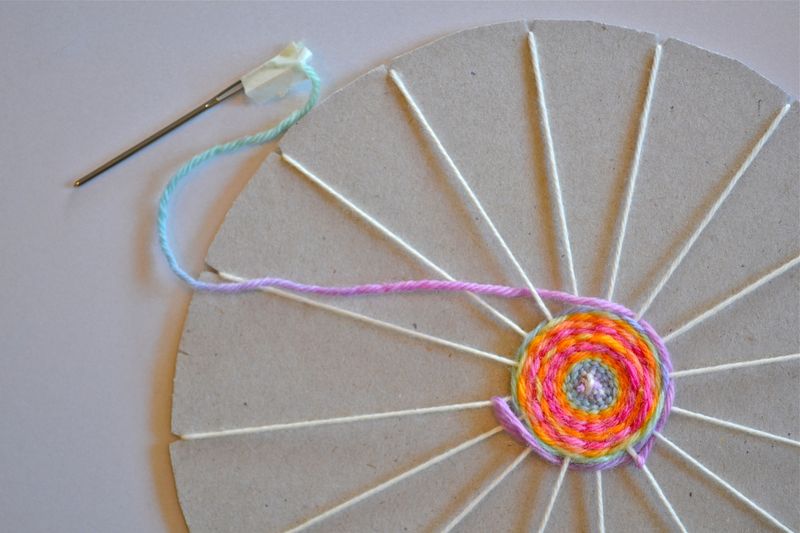 I remember seeing a photograph of Maria Montessori sitting next to child weaving. It was from this photograph rather than her texts that gave me the idea to try it with Caspar. As I would prefer to make something useful I decided to give circular weaving a try. I thought they would make wonderful mats/coasters/doilies.

I purchased a circular weaving frame but as soon as I put it together I knew it would be too difficult for Caspar. I think I will need to put it away for a good couple of years. Instead I decided to make a weaving frame that he could use.

I cut a circle out of strong cardboard, measured and cut a few slits. You may be able to see I wasn't very accurate in my measuring but it didn't make much difference. I wrapped the white wool around the circle through the slits and taped the ends on the back. Then I started weaving with wonderful rainbow wool. Starting the weave is a little difficult so I started it for Caspar and also gave a basic demonstration. We used an extra large tapestry needle. I taped the wool to the needle so he didn't lose the end. He went back and forwards and skipped a few weaves but as long as you pull it tight it turns out ok.  He couldn't work at it for long perhaps 5 minutes at time. He would go back to it after an hour or so.

To finish it I cut the white wool off the frame and tied the ends together. It is a little fragile but I think as he gets older and makes it tighter with more weaves it will be stronger.

So that we could see the results quicker, he made two small doilies only going up half the frame each time.

Rather nice don't you think? 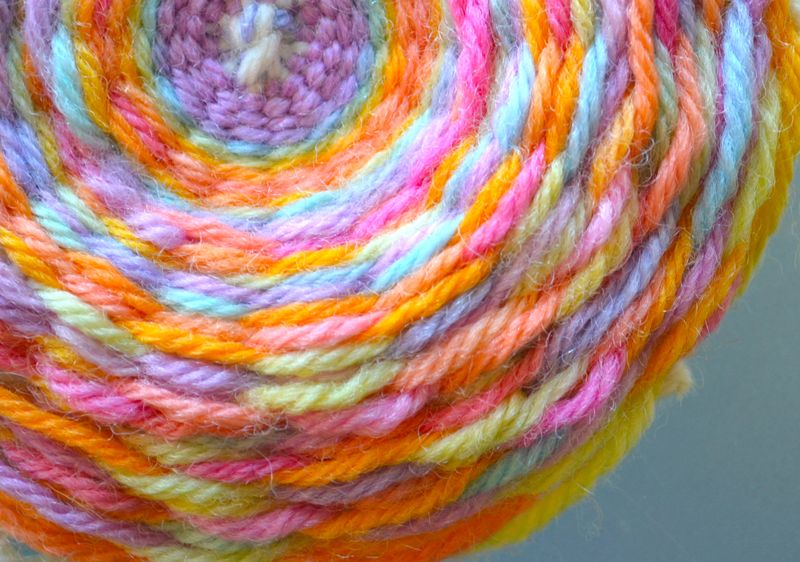