Hair washing - why didn't I think of this?
Working, sitting, standing at his table

A sound game that he likes 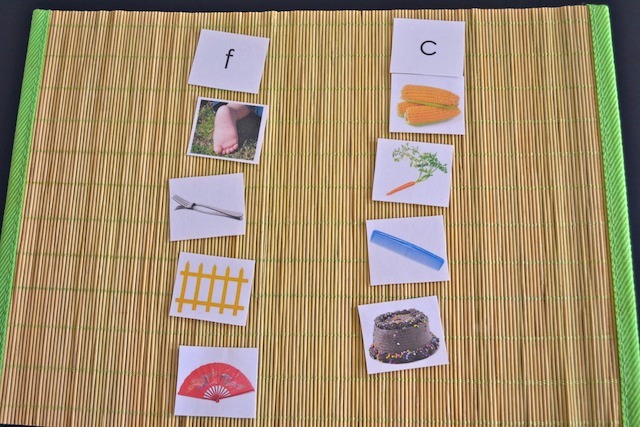 Finally a sound game that he likes.

Initially I was too keen and possibly too pushy with the I Spy games. He would sometimes play but hesitantly. Like any good parent I never gave up and tried to find a way of making the activity more attractive to him.

These Initial Sound Cards pictured above are from Montessori for Everyone. I knew that he liked sorting and categorising so I thought these were worth a try. He took to it so quickly I substituted the cards for objects. 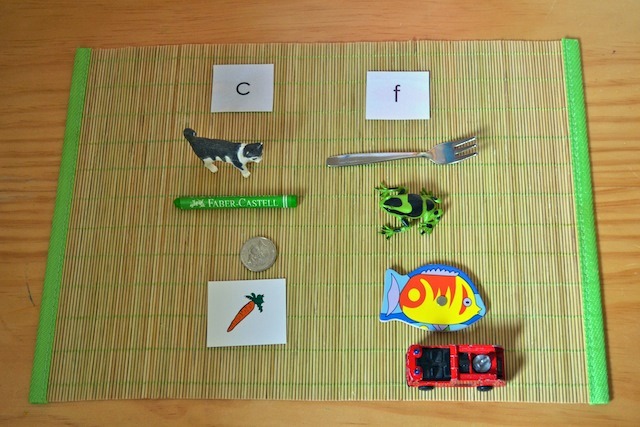 I wanted to ease into the activity and have only tried two letters at a time. But he loves it. I started with the letters he knows well and progressed to others he has difficultly with. Here he knows c well but has struggled with f. Not any more. Honestly this is the first time he has actually shown an interest in a sound game. He liked it so much he even presented a lesson to me. He loves doing that. Pretending he's the teacher and I'm the student. 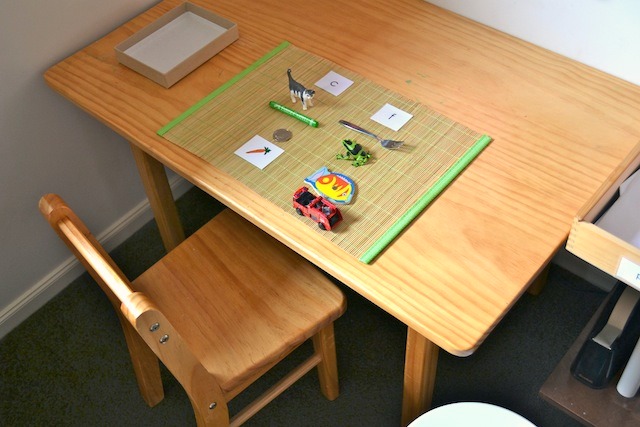