Feathers for fun and sensory play
Montessori infant mobiles - would you like to contribute? 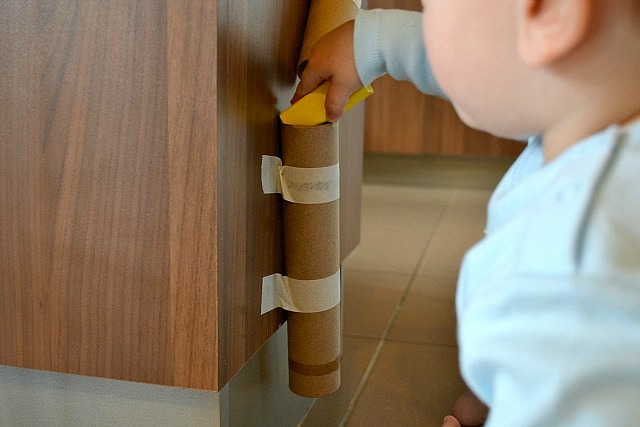 I originally set this up with six tubes and a rectangular block. Otis made it clear that he would rather sit and only used the bottom tube. 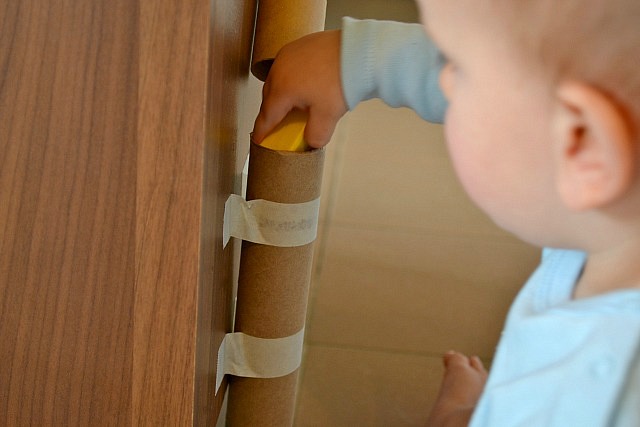 Because I was with him, working in the kitchen, I gave him some small pom poms. He also used matchsticks and paddle pop sticks. 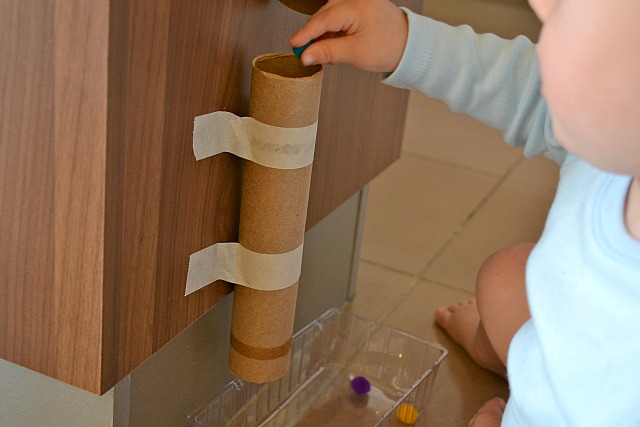 You can tell when the child is engaged. Repetition. Over and over again.

After re-arranging and using only two tubes, Otis thought this was ok too. 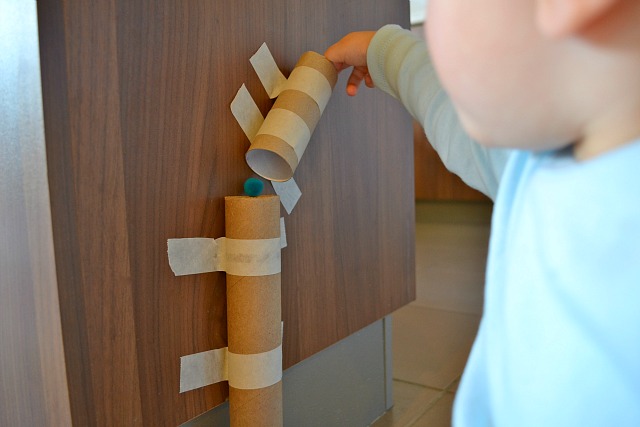 This could be the easiest and cheapest activity I've posted yet!